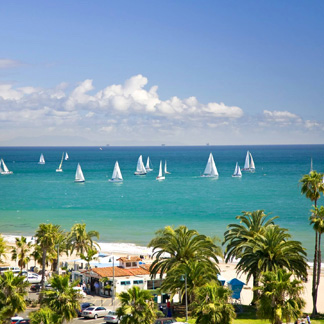 We are Santa Barbara

With their families rooted deeply in Southern California, Santa Barbara dentist Dr. Erik Wipf is extremely proud to have the opportunity to serve the communities that have been a part of his families’ life for several generations. By 1937, the Wipf family had settled in Santa Barbara, California.

Dr. Vaughn Wipf attended UCSB as an undergraduate and played for the UCSB baseball team. Upon graduating from the University of Missouri-Kansas City School of Dentistry in 1964, he served in Vietnam for the United States Air Force as a general dentist and received the Bronze Star for meritorious service.

By 1968, Dr. Wipf returned to Santa Barbara to open his dental practice and begin a family with his wife, Deanna. Over the next 45 years, Dr. Vaughn’s love of dentistry and family saw both his practice and family grow, and in 1996 his son, Erik, joined the family business.

The Wipf family’s long-standing commitment to Santa Barbara and the neighboring communities has helped to establish this dental practice as a premier dental office in Santa Barbara.

Though he retired in 2012, Dr. Vaughn Wipf is still a fixture in the community. For example, he’s active with the Good Shepard Lutheran Church. Given his 48 years of active practice in dentistry, he is an invaluable source of information for both current doctors. Dr. Erik credits his father for mentoring him during the time they shared the office.

Dr. Erik is excited to welcome you to his Santa Barbara dental office so you can see first-hand the excellence that has defined the practice for more than 45 years.